One of the defining features of 3ds emblem (minus echoes) is the matchmaker aspect, to be able to pair up members of your army in war and then making their children fight in war, my question is, do you like this mechanic?

Yes, why not sending our childrens to war?

Why does genealogy not count? There are very few differences between 3DS and genealogy kids, except that FE4 forces you to use child units.

that’s the thing, genealogy forces you to use the child units, people will have different outlooks on child units if they’re forced to build supports between certain units less they be screwed with bad child units in the latter half of genealogy, I may make a separate poll on how genealogy handles child units

Yeah not sure why FE4 doesn’t count
I like it mostly from the unit customization angle, and hair color inheritance lol. I don’t actually care much about shipping in itself.

FE4’s probably my favorite implementation of it, Awakening and Fates makes me feel like I have a bunch of extra unit bloat. I get dislike losing the parents, a newgame plus kind of mode or trial maps where you can use both would be cool

hair colors are fun except Shigure…

I like them in concept, but it depends on the setting and/or how they are implemented into the game.
As an example, I think the children of Awakening made sense to include due to the setting? They weren’t actually neccessary, but at least it worked with the story.
In Fates however, I heavily disliked them. I think they ended up as some kind of pandering to certain fans? I mean… baby realms. Why. They added nothing of value to the game.
Just my two cents though, I don’t mean to attack anyone who liked them!

that’s a fair argument, some people are fun hating dislike some optional mechanics because they don’t make sense and some enjoy those elements and enjoys playing matchmaker, it’s ultimately a matter of preference, that’s why I made this poll

Gameplay wise, sure, i love them…

Storywise on the other hand…
Like, FE4 was the best to handle that, and even there Gen 2 is a huge negative point in the Story imo, although not because of the kids tbf

As a reaction to the 3ds games alone? Child units sucked and should never return. Over two games and like 30 units, there is exactly one (1) of them that’s not a complete afterthought. Not that most FE characters really stick out a lot to begin with, but the second-gen 3ds ones manage to be even less relevant than total nobodies like Stahl or whatever.

Not to mention they kind of necessitate max-rank supports being romantic in nature which limits the possibilities severely and i have serious doubts about is’ willingness to implement solutions for same-sex couples which limits things even more.

I wouldn’t mind seeing second-gen units in a game that properly integrates them into the story. But i’m not holding my breath for one from intsys.

can you really hate this? 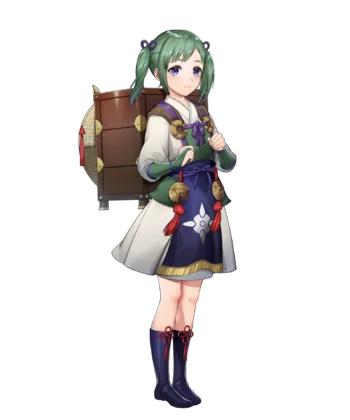 can you really hate this?

I might be able to if i remembered what that even is.

Some of them are fun characters but their integration is trash garbage from start to finish. Every single one after Lucina is just… an incredibly blatantly optional unit with zero story relevance. They feel like tacked-on dlc missions.

As said, i’d be fine with them if they were integrated into the story.

sometimes not all things in a story have to be important, sometimes you can just have a fun character that isn’t important, you know it’s like side quests, you get something good out of it but it’s not important to anything, it’s just something fun to do

would you rather have a fucking Unil? 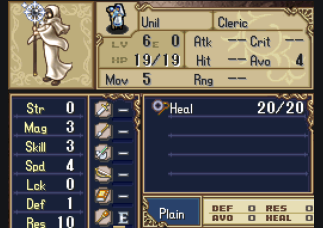 FE4 did something right, they were integrated into the plot and structure of the game, the incentive for building them was there. Meanwhile in 13 and 14 I could not give less of a shit, they’re about as relevant to the game at large as these community threads are.
The sidequests are usually whatever at best and I see no reason to spare the energy or time on them when my current units are doing just fine.
Also almost all of them are solid whos so bleh. Commit or don’t, I’m glad they seem to have dropped this.

is Unil a better option?

I have nothing against them being there, but their gameplay-purpose kinda stinks. Let me explain: The children in Awakening exist long before we even get S-supports, right? Why do they change at our whim then? That is not how causality works in this game(they are diffrent timelines), they should be fixed to always take canon parents into account, otherwise it is just a plothole.

because it would be weird to be able to have any character S support each other but there also be a canon pairing.

Well, then we just can’t have childunits and I take back my statement on not minding them.

since you hate fun, here, have a Unil

It worked in Awakening, but in Fates, it was just shoehorned in because people liked it in Awakening.