Do you believe that the rom hacking scene of Fire Emblem has entered a 'renaissance'?

I’ve heard many times that with the arrival of FEbuilder fire emblem rom hacking has entered a so called golden age, seeing as how I have only been in this community a month or two I can’t tell because I’ve also heard that the arrival of an easy to use editor has spawned lazy hacks to never be finished or just mediocre hacks that bury the true gems. I want to hear people’s thoughts on the general state of the hacking scene.

I’m not terribly familiar with all the new tools, since I don’t really hack, but I have noticed that a lot more projects have been getting finished lately. So I’m sure that’s a major improvement over the earlier days.

In truth, I don’t seem to have ever seen anyone complain about FeBuilder being the direct cause of more low-quality projects. (but even on that, how does a person judge a hack to be low quality? or did the creator not make an effort for his project? for me it cannot be objectively)
from my point of view FEbuilder is an excellent tool, and like all tools it must be the user who uses it well.

without it I would never have approached this hobby, and even now that I prefer to use the buildfile it would be hypocritical to say that FEbuilder was not useful to me, however I do not agree that the old fan-games are better than today’s ones, Vision quest and Four Kings were created with the latter…
I personally realize that the best projects are from these years, and not from when nightmare and FE7 were used as a base

I simply think we should be happy to have these wonderful tools (FEBuilder and Buidfile) and even if the latter bring new users, I don’t see any problems, over time it improves

I apologize in advance for my English

truthfully I believe that any new tool for hacking should be appreciated, I only wanted to see the general opinion of the community. Don’t worry about your grammar and such, it’s not a big deal.

Even bigger hacking scenes like pokemon don’t have anything like febuilder. Plenty of individual tools, and a complete disassembly, but no all-in-one editor with the polish of febuilder. I would indeed call it revolutionary to the fegba scene. We should be very grateful.

I recently tried to get into the pokemon hacking community and honestly I think FEbuilder spoiled me a bit so yeah FEbuilder is a fantastic tool which is what makes it so accessible.

Considering we now have 1) very accessible tools and methods like FEBuilder and Buildfiles and 2) a collaborative community that fosters sharing and access, it’s never been easier to get started. For that alone I’d say this is a good time to be hacking the ROM. Additionally, I’ve noticed that there are a lot more people recording/streaming hacks outside of FEE3, which is exciting. I think with the arrival of these tools and mainline FE’s shift away from the series’ roots, I think there is a lot of interest in making and playing hacks - which is cool.

As someone who tried and failed hacking back in like 2010, coming back to the community with FEBuilder and new tools made the process a lot easier for me to dive into.

Project quality will always vary and the beauty of FE is that everyone likes different things in their hacks - I don’t think it’s fair to say that the “mediocre” hacks bury the “gems” - you can find all of the hacks out there in the directory or on the forum somewhere.

Gameplay discussion will probably revolve around what is [complete], but that’s because the majority of people who play hacks or record videos dwarfs the number of people making hacks or making stuff for them. There’s a lot of cool stuff though, you just need to look - this forum is a treasure trove for that.

A lot of the major technical issues of old hacks are now toppled by the tool instead of the hacker. So I would say, yeah. We are in a renaissance, because even people who can’t hack at all(Like me. I still majorly struggle with simple pointers, lol.) can now create romhacks with enough effort.

Yeah, Builder brought us a new era, alongside the rise of buildfiles. And in recent times, some of the most advanced hacks ever made have come out like SOTF, Vision Quest, and Legends of Avenir.

Pokemon hacking’s biggest issue is that, while there are tools out there that make certain aspects of the process just as easy (if not easier) than FEBuilder, all of those tools are for disparate aspects of the game, rather than one, catch-all program like FEBuilder. PPRE was an attempt at making one for the DS games, but it largely failed b̶e̶c̶a̶u̶s̶e̶ ̶t̶h̶e̶ ̶p̶e̶r̶s̶o̶n̶ ̶b̶e̶h̶i̶n̶d̶ ̶i̶t̶ ̶w̶a̶s̶ ̶a̶n̶ ̶i̶d̶i̶o̶t (I should note that I have not looked into Pokemon hacking in quite a long time, it’s possible that there have been advances I don’t know about)

Honestly, most robust hacking scenes have tools that are within bounds of FEBuilder’s accessibility, it’s just that most ROMs are not built with versatility in mind and very few ROMS have the “make your own campaign” style structure that FE games allow for. FE is, by nature, flexible.

@Snakey1 is proof that God has not yet retracted the full light of his majesty from our pebble of a world floating amidst the infinite void. That I might bear witness to the ultimate free-form project before my death is a glory most beautiful to behold!

I feel like we are in a pretty good Golden Age now. FEBuilder and BuildFiles made it super accessible for alot of people, but ASM still confuses me.

Also with all the VERY VERY VERY talented people giving us great resources for free, just because they can is also amazing. Like what some ppl have achieved with this emulator and rom is absolutely ridiculous and I don’t think IntSys would ever have expect this to happen.

There are more hacks, that’s for sure. And there are many pearls in the sea of new projects that are announced each month.
Basically, we’ve decompiled almost all of FEGBA code and can edit it at will. Anyone can make hacks now without knowing anything about the inner workings of the game.
So, yesh, I’d call it a Golden Age. Of hacking of course. The mainstream community is now in dark ages and is showing no sign of improving its crappiness.

e: why do I even bother trying to be sincere with you people

Basically, we’ve decompiled almost all of FEGBA code and can edit it at will.

We can edit it at will, sure, but there’s still a LOT to be done for decompilation. 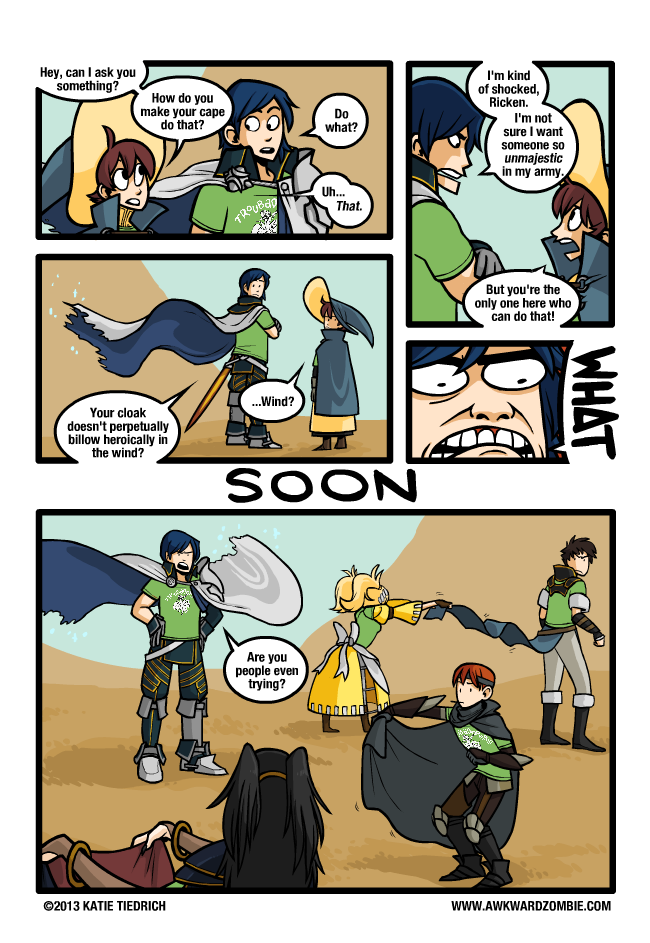 This is cute and I enjoyed reading it, but how is this actually related? lol