[Complete] [FE8] RE: Saga of the Shivering Shores

You guessed it, big bad Xenith and his pals are back again with another hack.

That sentence has more than 1 thing wrong with it, that’s for sure. 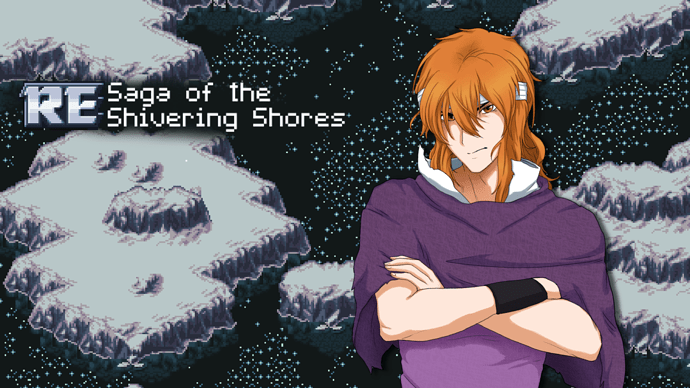 Lawrence%2021920×1080 896 KB
Set sail for new adventures! Dissatisfied with his now-normal life, our hero Lawrence embarks on a journey to find his purpose. However, things soon turn awry when his voyage is entangled with an ancient seafaring folktale known far and wide as the ‘Legend of the Shivering Shores’.

“Really Xenith, another banner… and that blurb is all you’re gonna tell us?”*

Yes - I’m just that narcissistic - and no, no exposition for you. Go play my other hacks and find out.

(Seriously though, super-huge-massive-giant creds to Seityr#6945 for the Lawrence drawing. He’s a legend and his art is incredible. GO GIVE HIM MONEY. forget donate to circles, donate to THAT guy)

Re-introducing… The Saga of the Shivering Shores!

Since MAFC is pretty much over, @Pwntagonist and I decided it was time to give our hack a proper release, since, let’s be honest, nobody is going to find it in the depths of the MAFC thread.
(I’m way too proud of it to let it sit and rot in that thread never to be seen again.)

Now YOU can play this wondrous amalgamation of crazy ideas, amazing songs by our resident composer @Tamborrino, breathtaking portraits by @Glacoe, slick visuals & painfully overextended dialogue by our resident idiot @Xenith to find out if it truly deserved the most disparate set of ratings and reviews to ever hit the Fire Emblem hacking contest scene.

For the 3 of you that have followed the Rart Emblem lore up until this point, you’re in for a treat.

(HA I know, right? a series that started with a meme reskin has LORE… Anyways, have some screenies)

~ the “House Aboveground” Division of the THHG

Oh, sweet! I had no idea this was being worked on. I’ll play it sometime, it looks really well made!

Hey I know that guy, he’s in THWD.

Good call on making a release outside of the MAFC thread. You’ll probably get more feedback that way and I encourage others to do the same.

Hey I know that guy, he’s in THWD.

damn, i forgot to add the trademark

starring Lawrence from The Heroes We Deserve series

If presented with the option of inserting a pencil into my urethra or playing this hack, I would choose to play this hack.

truly adding to our plethora of, ahem, varied reviews there bloops : p

Is Roy in this hack?

I had to do a spittake because the character in that banner looks awfully similar to the main antagonist of my game, Cato.

you have good taste in character design my friend ; )

This looks really cool! I’m going to have to check it out soon™.

how many chapters does this entry into your series have?

play it and find out

Was pretty awesome although i was expecting it to be a little more lengthy…great job nonetheless !

Just finished playing it, and hot damn that was difficult. Lack of ranged weapons kinda made it near impossible. The griffins were kinda helpful but with the multitude of archers scattered about, you couldn’t really use them to their full capabilities (or at least I couldn’t). If anything, I just got bad RNG left and right but I do believe that this has the makings to be something great.

Won’t be working on this particular hack anymore since this was made for a contest but I’m grateful for the feedback regardless.