‘What even is Fire Emblem anyway?’ ~ b0b from LotF 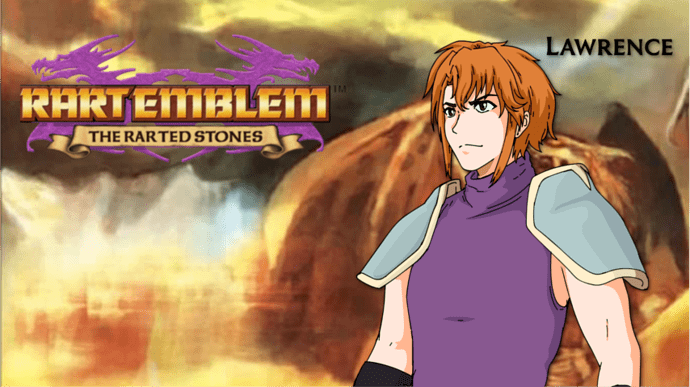 After being transported into a realm where he knows absolutely nothing and nobody, the unlikely hero Lawrence overcomes overwhelming odds and rises from the depths of despair to lead an army, find his friends and defeat the evil spreading across Magvel.

Over the past couple of weeks I’ve been working on an FE8 reskin featuring the offshoot community I’m involved in. With the death of Blazing Fooker - the previous attempt at a FE7 re-skin of said community – I took it upon myself to finally create what a fair few were excited and hoping for. The plan never was to spend a crazy amount of time on it, and I probably won’t work on this much more unless it’s fixing something game-breaking, as this was always just a fun project to learn some more about FE8 hacking. The fun times, jokes and laughter I had with my small team will outweigh any reception I get from this project.

Over 30 portraits were submitted for this reskin, and full credits are given in the doc included in the .zip. Feel free to let me know if there are any credits that have not been given or if you wish for an asset of yours to be omitted.
I wasn’t originally going to share this hack here, but I had enough support and felt like being enough of a masochist to ruin 20+ people’s community image in one shot, so here we are.

Now finally let me preface this by saying a few things:

This hack is not supposed to be serious. There are memes, jokes and references you might not understand, characters/users you might not know, and probably even some less-than spectacular difficulty. Do not forget this is essentially a heavily modified FE8, and if you’re prone to being toxic about such things, then do not play it. I’m probably going to ignore your complaints unless they are genuinely constructive and/or important.
Special thanks and more info are included in the documentation in the .zip.

Thank you, and enjoy.

the v1.1 download link was broken, finally got round to fixing it (rip halfway to famous link)

Lookin’ forward to playing this one, nice.

EDIT: literally dying rn the fucking timing on the release of our hacks lmao

i know it’s crazy, no hard feelings tho my dude

same to you too fren

I legit think we literally crashed the site

Oh, so it’s not just me experiencing that. Good to know

I’m just going to preemptively apologize for Kimset’s portrait. It was old, and I hate it too.

Yeah, same with me and literally every sprite I edited in this thing (no idea what I made)

He was. had fun, will continue tomorrow prolly

Imperials, huh? DANG!!! I feel like I managed to steal someone’s idea. While writing DWS Book 2: Divided Generation (Not about me or my game-in-dev btw), The first enemy the main characters were gonna face were the Imperials (of Japan). … 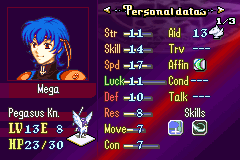 I love this hack already.

From the original FE8?

Great hack. I love how this was released at around the same time a few friends and I made a group chat called the Rarted Society

Long live the Rart Squad! Glad to hear you enjoyed it man