I am working on a 2D Tactical RPG in a similar vein as Fire Emblem using Unity. Not a ROM hack, but a relevant project.

I’m about a month into development, check out some clips of early work:

https://streamable.com/k6yg59 (map I can’t use because the tiles are non-commercial, but still very dope)

I’ll be updating this post as a devlog to keep you all updated.

I’m also down for collaboration, if anyone knows how to use Tiled Map Editor or is a good pixel artist, let me know!

No videos to share right now, because the project is being overhauled in the code and graphics department.

Got a new programmer and pixel artist on board, so we’re shaking it up.

We are moving to using 16x16 tiles and sprites.

I’m looking for anyone interested in doing mapping and level design with Tiled Map Editor. No experience necessary, it’ll make sense one you try it out. Being a fan of FE, you can definitely create great battle maps that are fun and challenging.

I will share my brushes and tiles with anyone who comes on board, so you’re able to use the same mapping method I am.

hmm… may I make some maps?

Looks amazing so far. Is this going to be a commercially sold product?

A look at the “finished” map from earlier: https://streamable.com/vn6swl

Looking to release a tech demo by April-May and start a crowdfunding campaign. From there, release on Steam. Maybe Switch, if it goes really well.

This is our new map with 16x16 tiles. I am using Suikoden II sprites as placeholders and will commission custom sprites in the same style and dimensions.

We got heightmaps working, so there will be a concept where how high you are determines your line of sight and if you can see over certain barriers.

Right now, it makes for a cool zooming effect to give depth to the map.

Plus, we got our arrow working a lot closer to how it does in Fire Emblem. Still more work to be done when it comes time to avoid traps and trap magic.

Looking for spriters or mappers. Especially mappers, so I can focus more on programming.

How diagonal movement will look: 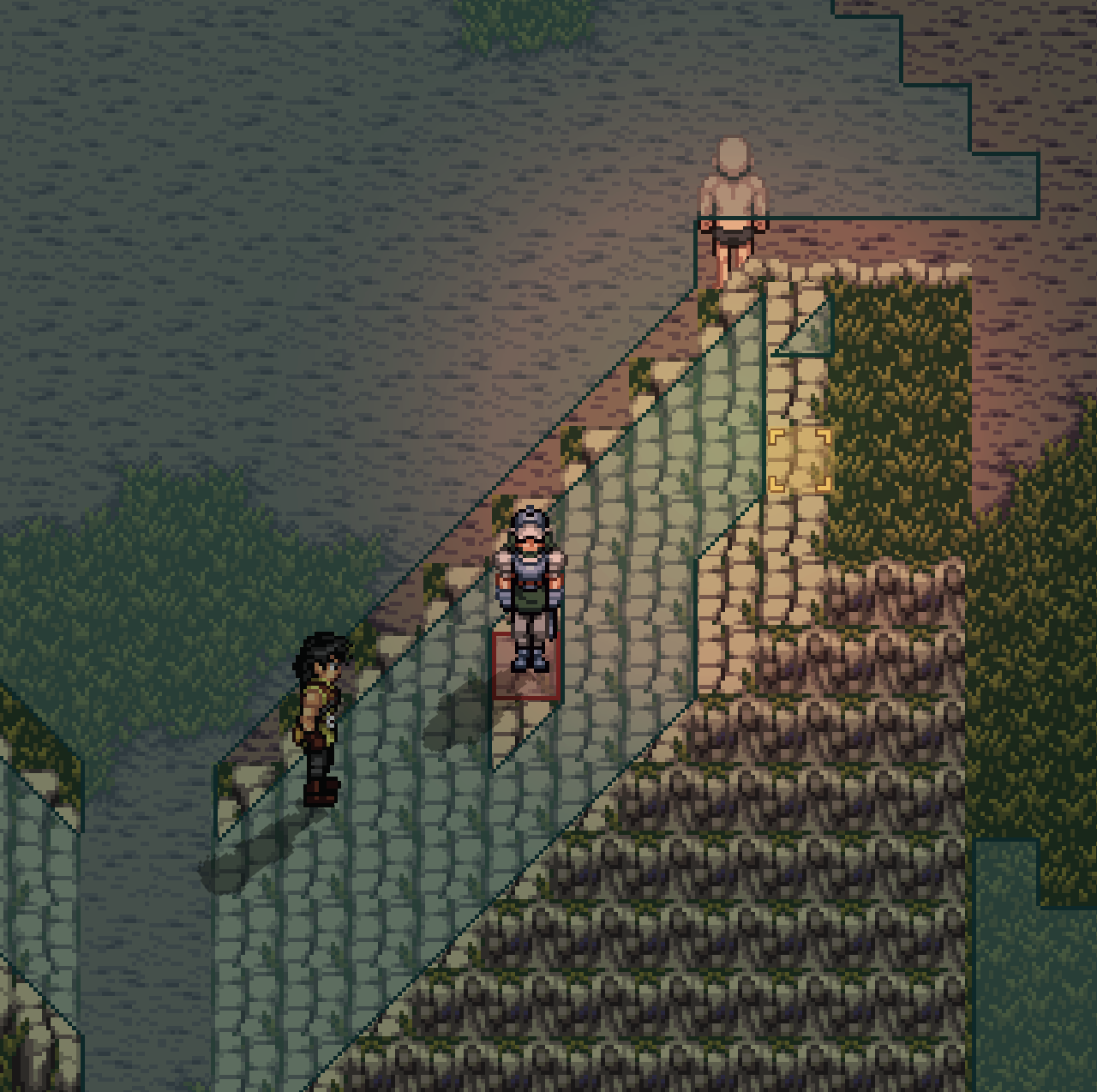 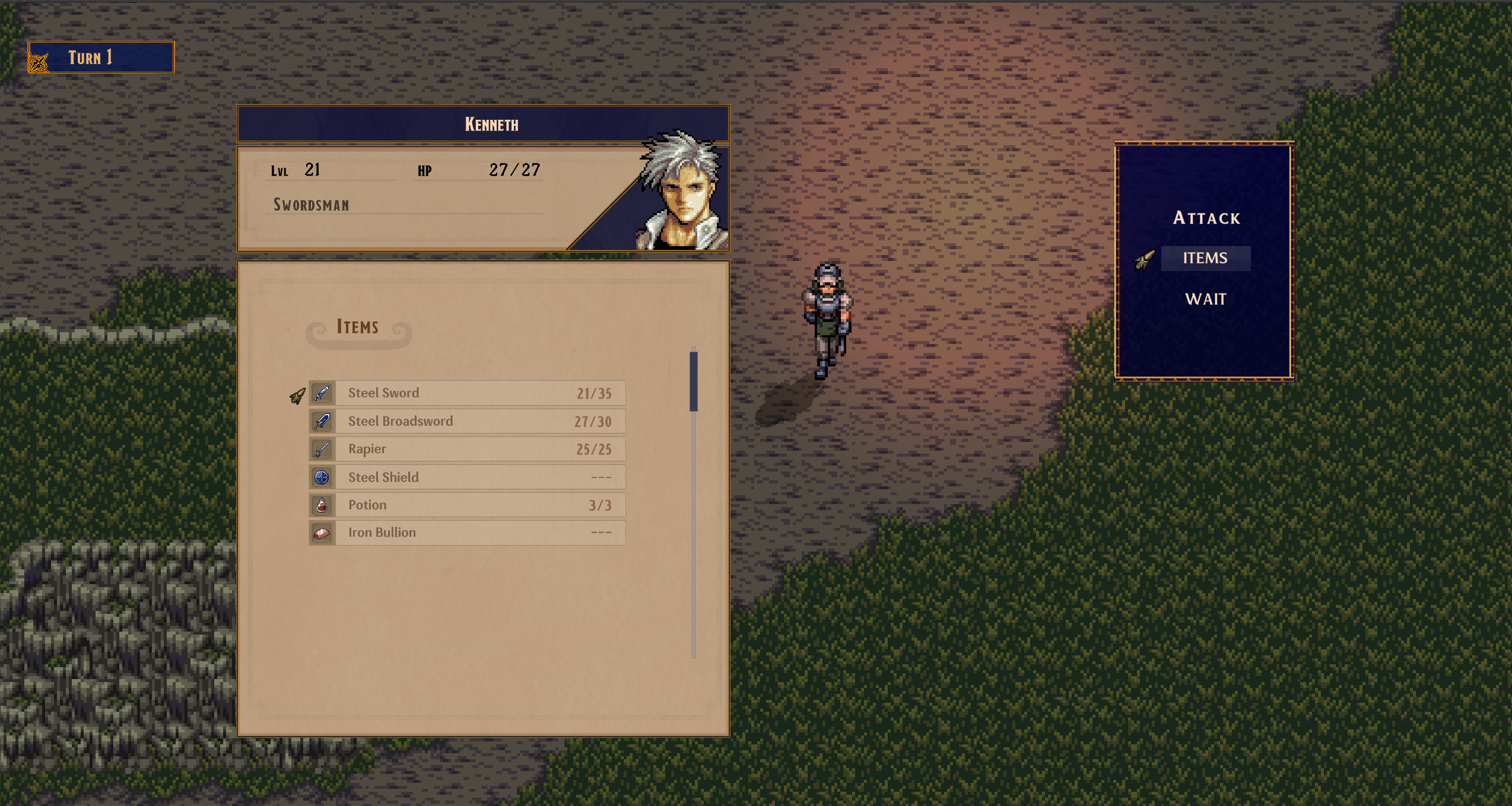 We have a new castle gate:

A look at our new trees:

Placed in Photoshop/GIMP then imported.

If anyone is handy with Photoshop and wants to level design, let me know.

Nearly finished with Unit Inventory. Next up is Attack Forecast, which is below: 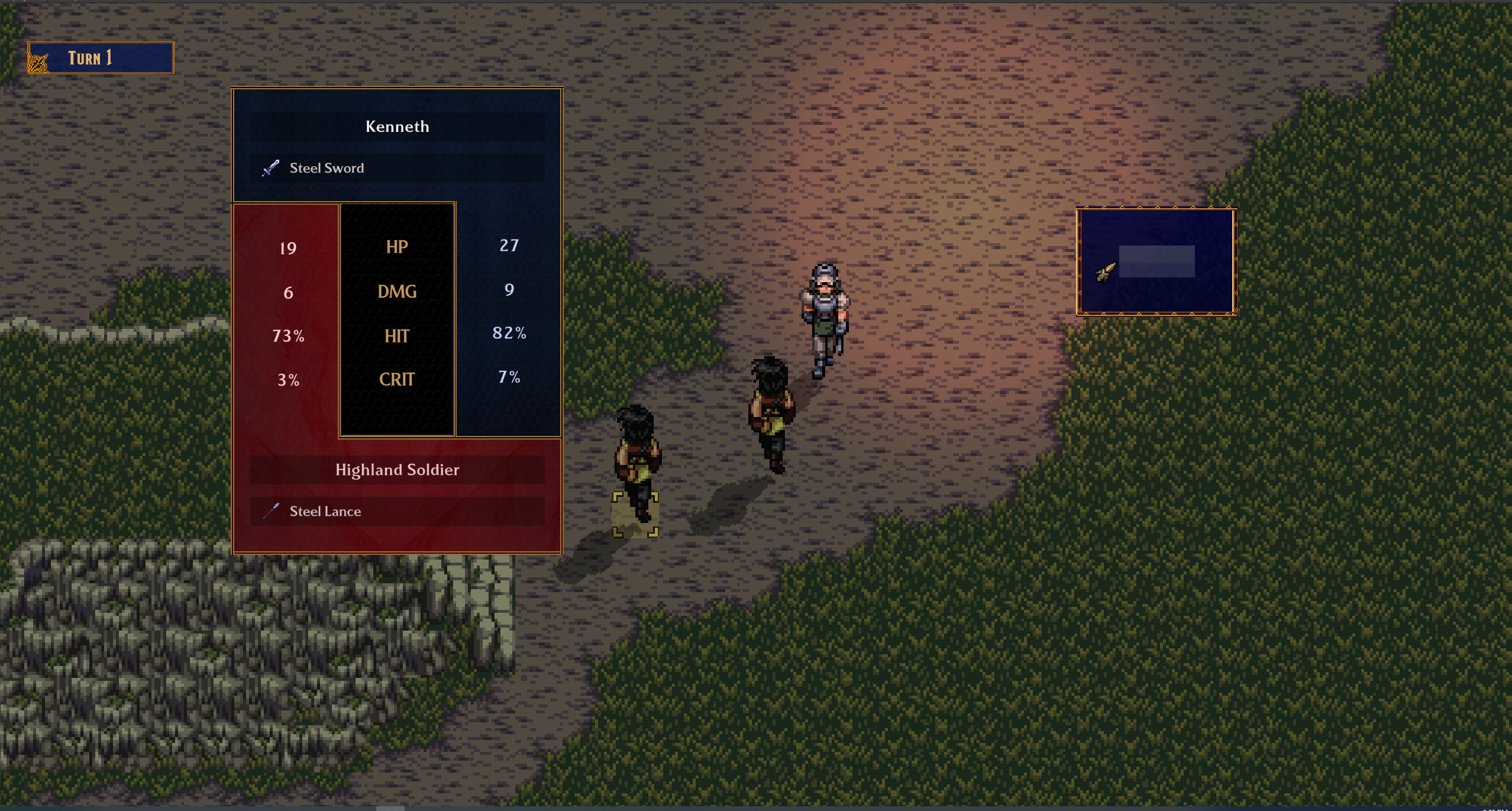 And, the battle scene, My fully pixel art battle sprites aren’t all ready, I only have one complete animation:

So I’ll likely be using the pixelated 3D models (from which this 60frame animation was inspired):

So the battle scene will look something like this:

Except, the models will be pixelated, as above. Shining Force inspired.

I totally lost my pixel artists and my other programmer (they were freelancing, and my budget got cut by unexpected circumstances), so any spriters out there who are interested. Let me know.

Attack Forecast is good to go! The video was taken before my most recent fixes (the forecast changes when you cycle your weapons now), but it’s basically showing all functionality.

Oh, and I have to update the information in Unit Inventory’s header (unit name, hp, class, eventually custom portraits)

Press the action button, and we’ll transition to the battle scene.

This upcoming week should be all battle system/scene. Pretty exciting.

After that, there’s work to be done on the AI… well creating AI at all lol. We have all the components ready, line of sight, movement range, etc.; But we’ll have to define behaviors and defensive formations for AIUnits.

I suppose those two will likely take all month, if not longer. There’s 4 types of AIs:

I’ll probably focus on only Player and Enemy, to start.

Sneak peek, another update this weekend.

This looks quite good, I was going to help you with maps but I’m too busy, sorry

Plus, I did find a mapper to help out.

The birth of the combat loop. Still lots to do.

I have tested out what pixel battlers will look like when they’re all ready, and it’s pretty awesome: 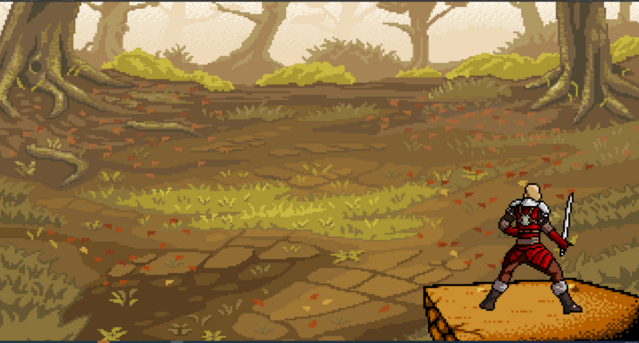 Lots more to do, but this is officially becoming a playable game lol

Lucked out, found a pixel artist or two down to revenue share. I’m the only programmer now, but it should be fine as long as we have art.

AIUnit’s line of sight is already in place:

It ties into our heightmap, not allowing units to see spaces that are higher than 2 than the tile the unit is currently in. I’ll likely have to modify this a bit, so an archer can see a unit on the edge of a taller cliff.

I’m sure everyone is getting sick of seeing this map, so some new tilesets are on the way. This is a great map for testing though.

Just about to do away with the Suikoden rips and put in our custom knight sprite, as well.

Spent the weekend working on sound. All sounds (music included) is placeholder.

Took a stroll through the map, had some combat.

All in all, pretty good for a month!