Hello, FEU! As you can probably parse from the title, I’m in a bit of a hackin’ mood, and what better way to create a quick-and-easy project than by starting up a PME? Yes, I know this isn’t a full-fledged hack, but I don’t have anything to show for any projects I’ve got in the works (and most likely won’t for a long while). But I want to make something for you to tide you over so that this account isn’t essentially dead

. So, yeah, I’m opening up the floodgates, and hopefully, we can make a cool hack together

Same deal as with any PME; one submission per person per day, yatta yatta, +/- 3 in any stat of your choosing, yatta yatta, 300% GRT, the works. You can send any units in this thread or directly to me at AthenaBaer#3809 on Discord. Anyways, with that out of the way, here are the templates. I can’t wait to see your units!

First thing I wanna do is give a heads up on telling you, be careful with fe6 hacking, you can easily break a rom if you don’t know what you shouldn’t do, f.e. just expanding the class roster. Anyway:

HP: 35
Str/Mag: 60
Skl: 35
Spd: 65
Lck: 65
Def: 15
Res: 25
Inventory (up to 4 items):
Fire
Thunder
Vulnerary
Guiding ring(promotional items in fe6 are very limited im just adding 1 to the pool with that)
Ending:
Short ending: Lithi dies shortly after the end of the war.
True ending: Lithi after the war, travels around the land helping treating peoples illnesses becoming a legendary apothecary. She died 2 years after the end of the war due to her illness. (hope this is not to long)
Portrait:

Credits:
Kanna for the Portrait.

Thanks for the heads-up

I have one quick question: Who does Lithi here replace? (I probably should’ve put that in the template itself, lol)

Good luck on the PME!

Ooh fun, another one. Is it alright if I tentatively steal Marcus? Figuring out who could be fun as a new ‘Jeigan’, hehehe. 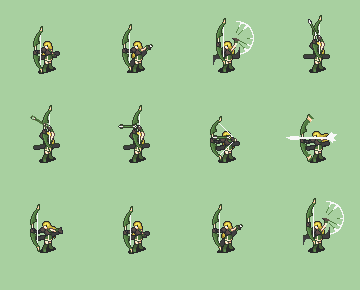 Edited my post up with three random people who could be fun, hehehe, hardly see Sniper Jeigans so two of those as potentials.

Those are pretty cool ideas for your units

Though, in my opinion, Maison is just Marcus but edgier, which doesn’t make him feel too unique. Milly is also a fun unit, but I feel like she might be too crooked to bring into the later parts of the game, especially since (at least at the moment) effective bows against other classes don’t exist in FE6. So if it’s okay with you, I’ll pick Selka because she might be better at doing her job of weakening strong enemies in the early game of Hard Mode for the scrubs to mop up

Maison’s a bit of a weird one since when I originally used him he had a unique weapon that was sorta a Nosferatu-Rapier-Killing Edge abomination. But having Rapier use and a Rune Sword at the start of the game in addition to the killing edge may’ve been a bit much, hehehe.
If you’re doing anything with personality just think of Selka as an angry Scottish woman and you’ve basically got her. Aaaand post with portrait added as well as tossing the other two for now just to keep it cleaner.

Credit to Sme for the portrait

Inventory (up to 4 items):
-Elfire
-Thunder
-Guiding ring( since hes level 10 but If you dont want to have promo items on characters put a vulnerary)
Portrait

Character Replacing: Alen
Class: Shaman
Gender: Male
Description: From a big family in Bern. This one decided to opt with magic despite his siblings protest
Boon: Con
Bane: Res

Portrait made by CanDy

Hmm, this is an intriguing unit you have here

Not complaining, of course; I think he’s quite a funny fellow

(though I did rename him to Redbeard because “Mr. Moustache” is just a bit too memey for my tastes if that’s okay with you

One thing, though: His growths add up to 260%. Just fix that, and Mr. Moustache is ready to go

My bad. Thanks. Also your free to rename him Redbeard if you want

Portrait made by helix0981

The Firestone is already unbreakable in this game, so you are covered

@emperor_arden That I can do, and I’ll add it in by tomorrow