THE ACRNEAR ERA, 3011. “DOLLUER WAR” BROKE OUT. A BRAVE MAN BATTLED WITH EMBLEM. BUT HE COULDN’T STOP “TEARS OF ALTEMIS.”

Anniversary edit: I forget the context on that pointer, but I have since been able to display the quotes dialogue in game. I have edited it to match how it’s displayed in game. (To a point, anyway. It’s pretty glitchy.)

if i may, i thought i’d give a few quick notes on the battle debug feature thing and its operations, because holy hell this thing is fascinating in the most boring way possible. for those who aren’t aware, it’s the endless battle looping thing that happens when you press the start button on the sound test 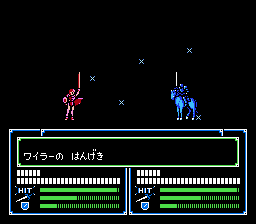 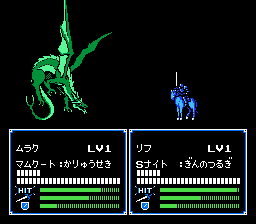 the enemy-side is where all the testing in this feature happens: they cycle through every class and every weapon in the game in a set order. meanwhile the player-side unit is always a cavalier with a silver sword. both units always have 32 hp, but i can’t speak for their other stats since i can’t maths for shit (damage output with the same weapon against the same class seems consistent though). the terrain they’re standing on also seems to be picked at random

all weapons in the weapon types usable by that class are tested, in index order (ie silver sword first). there are several exceptions:

there’s a few odd animation glitches with some of the tested weapons. i suspect this is a side effect of testing effects which, under normal gameplay circumstances in fe1, should never appear being used by enemy units

each weapon is tested at least twice per class

classes are, unsurprisingly, also tested in index order, aside from manaketes. the order is: cavaliers, armours, peg knights, paladins, dracoknights, mercenaries, fighters, pirates, thieves, heroes, archers, hunters, ballisticians, horsemen, snipers, chameleons, a brief test of an unarmed manakete, mages, priests, bishops, lords, generals, and lastly a proper test of manaketes with stones. after the last manakete test it loops back around to cavaliers and starts from the top

while this feature tests a huge number of scenarios, it doesn’t cover all cases. since all player-side units are cavaliers, it doesn’t test effective weapons (aside from ridersbanes and rapiers) against the classes weak to them, and because the player-side unit only ever wields silver swords, it never tests 2-range vs 2-range situations. incidentally, this site estimates that one round of the test mode, going through every combination of class, weapon, initiating unit and range that can appear in it, takes 107,762 different battle scenarios

(all struckthrough parts turned out to be inaccurate suppositions based on incomplete data; see darr’s experiences going through the whole thing below)

Unused opening…? It’s located between Ch2 and Ch3 in the rom. Edit the pointer at 0x21f45 to 63A1 to view the scene for yourself in place of Ch2. Warning: not translated in patch.

There’s a bunch of houses here.

So I went through the entirety of the battle test… After a full loop of classes, the player’s weapon changes. It goes in index order as well. Then the class eventually changes once the class goes through all usable weapons. Then the next class passes by, until all 22 classes are done. And what’s my reward for slogging through millions and millions of battles, when the final blast of fire breath strikes down the final fire dragon…

A soft reset. No secret message. No game crash. Just a reset. And I think it corrupted save 2 and wiped it out. The things I do for science… and I wasn’t even first to the completion mark

Good thing there are no double/necro post rules around here as long as you’re adding to the topic’s substance.

i’ve managed to do shit with palettes 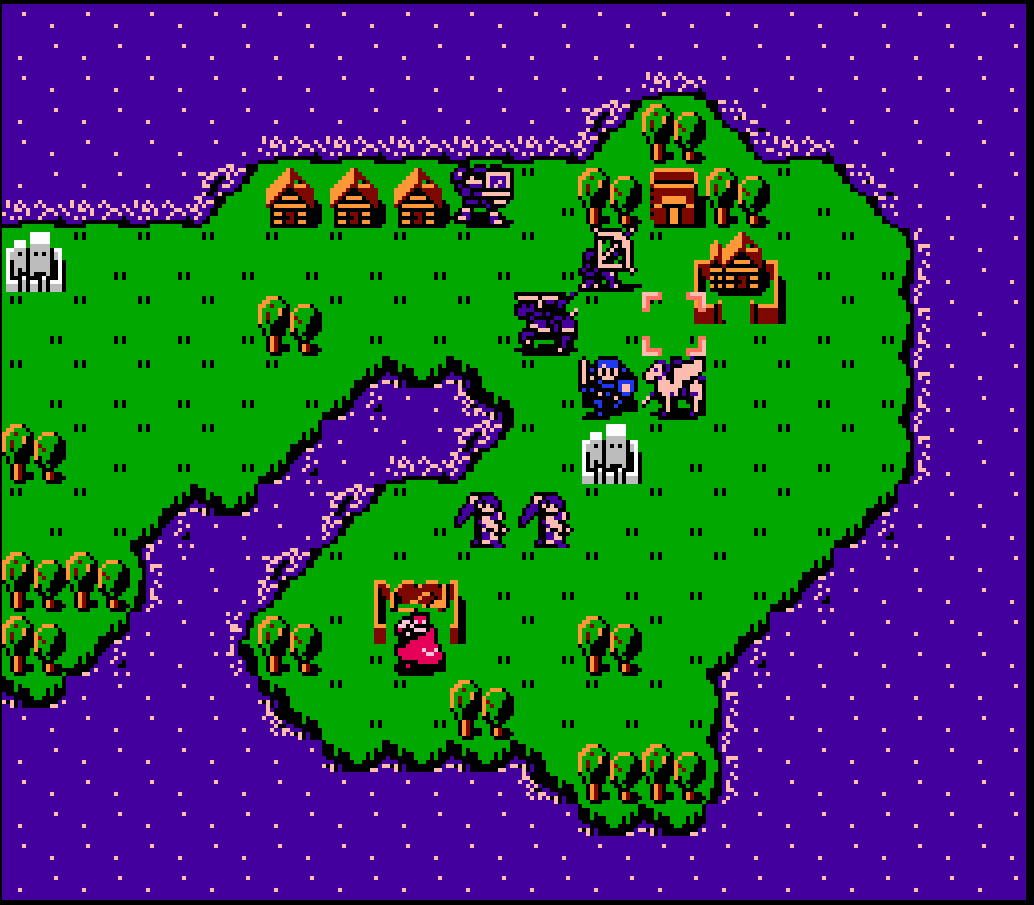 Have a suspicious file. I forget exactly what the context it was for, but I’ll throw it out there. Something to do with duplicate text?